Considered to be the supreme of all land animals by the Chinese, representing strength, courage and long life. Tigers are also said to be able to ward off bad luck, disease and Demons. In many old prints you will see a tiger fighting demons (Oni) at the side of “Shoki” The demon queller. Tigers are one of the 4 sacred animals, symbols of the North and represent the season of Autumn and control of the winds. 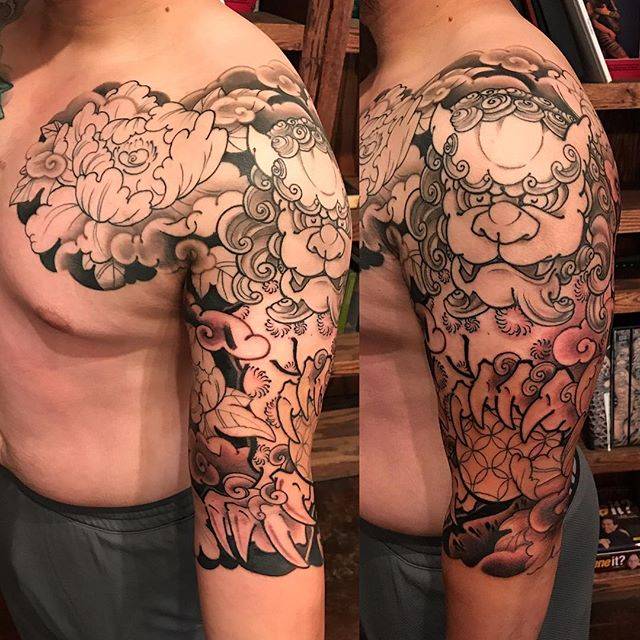