Irezumi, the traditionial Japanese tattoo, borrows its extensive iconography from mainly Edo period (1603-1868) Japanese art and culture. There are of course many exceptions to this rule of the influences, but to wander outside the Edo period parameters is best left alone until a thorough understanding of the complex pattern of the historical relationships is achieved. For the student of Irezumi that wants to delve deeper into the vast pantheon of gods, Buddhas, warriors and the seemingly never ending parade of imaginary or real animal characters, the Shishi (Chinese imaginary lion) is a good example of how confusing things can become if you don’t grab every opportunity to research your subject matter. The Shishi was originally imported from Chinese art and is a fanciful rendition of a mythical being. In fact there were never any lions in historical China or Japan. The Shishi is easily recognized by its bulging eyes and curly mane and tail. The hide often shows large round spots in contrast to its principal skin color. Sometimes the Shishi is blue with a golden mane and tail and sometimes brownish with greens. The variations are many and there doesn’t seem to be a rule of specific coloring. I have seen many different versions and I believe that when used in Irezumi it is best if the color is one that compliments the surrounding flowers and background. Then one decides on a contrasting tone for the mane and tail. The Shishi is one of the five auspicious animals alongside the Ryu (dragon), Koi (carp), Tora (tiger) and Ho-o (mythical bird). It is commonly tattooed together with Botan (peony) and this combination forms a set piece called Kara-jishi Botan. During the Edo period this motif was a highly popular one, especially for Kakejiku (hanging scroll paintings). 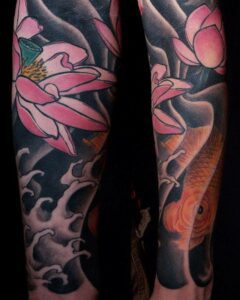 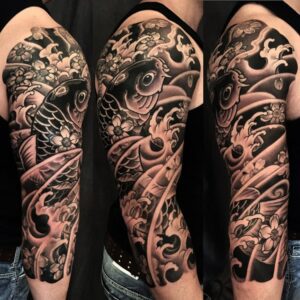 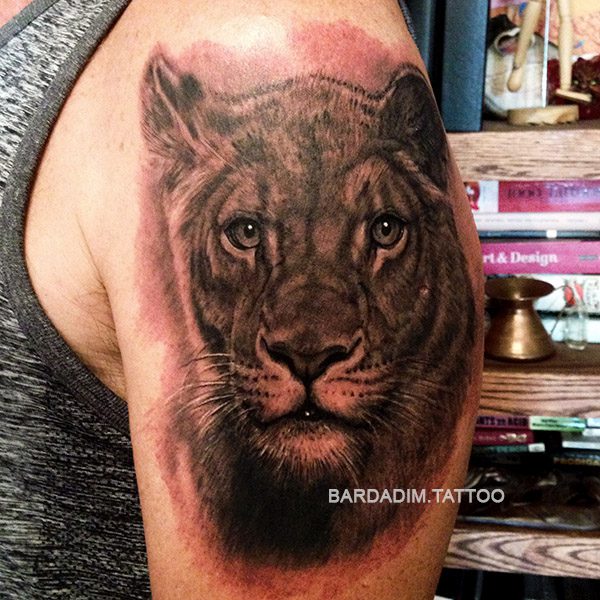 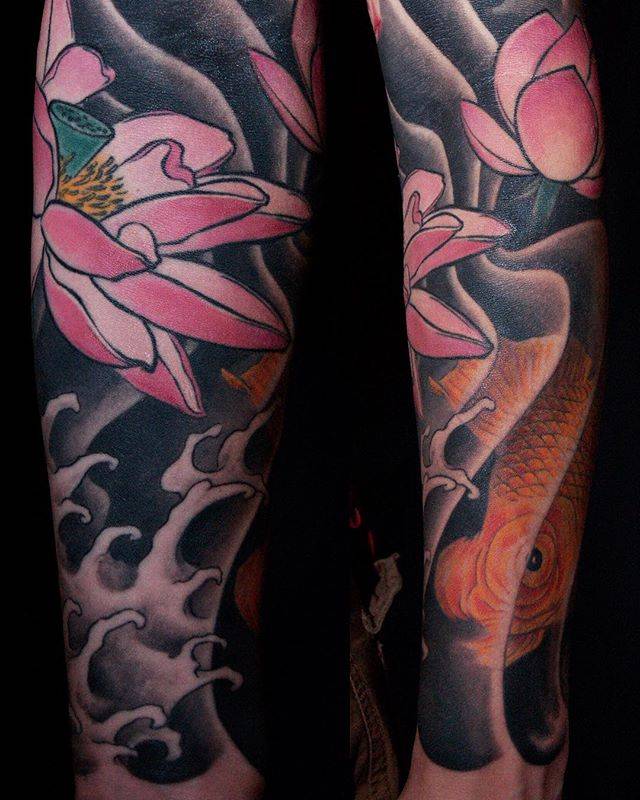 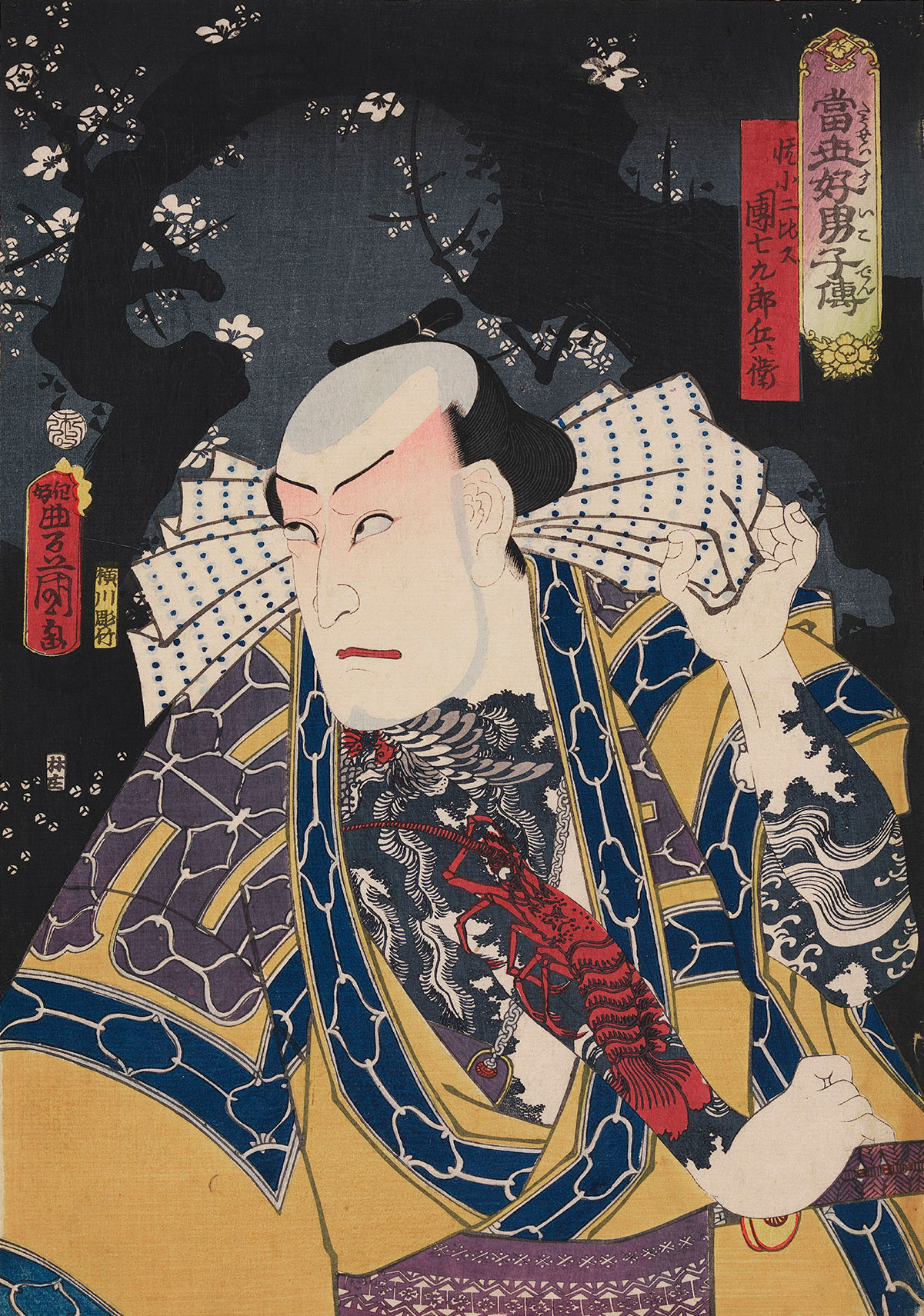 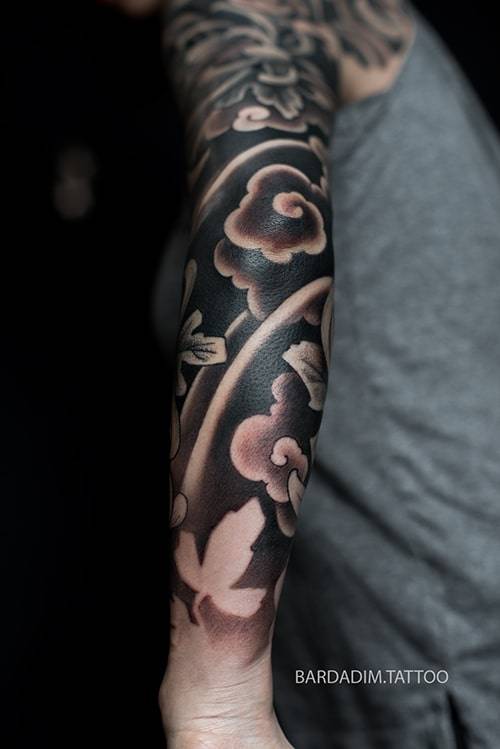 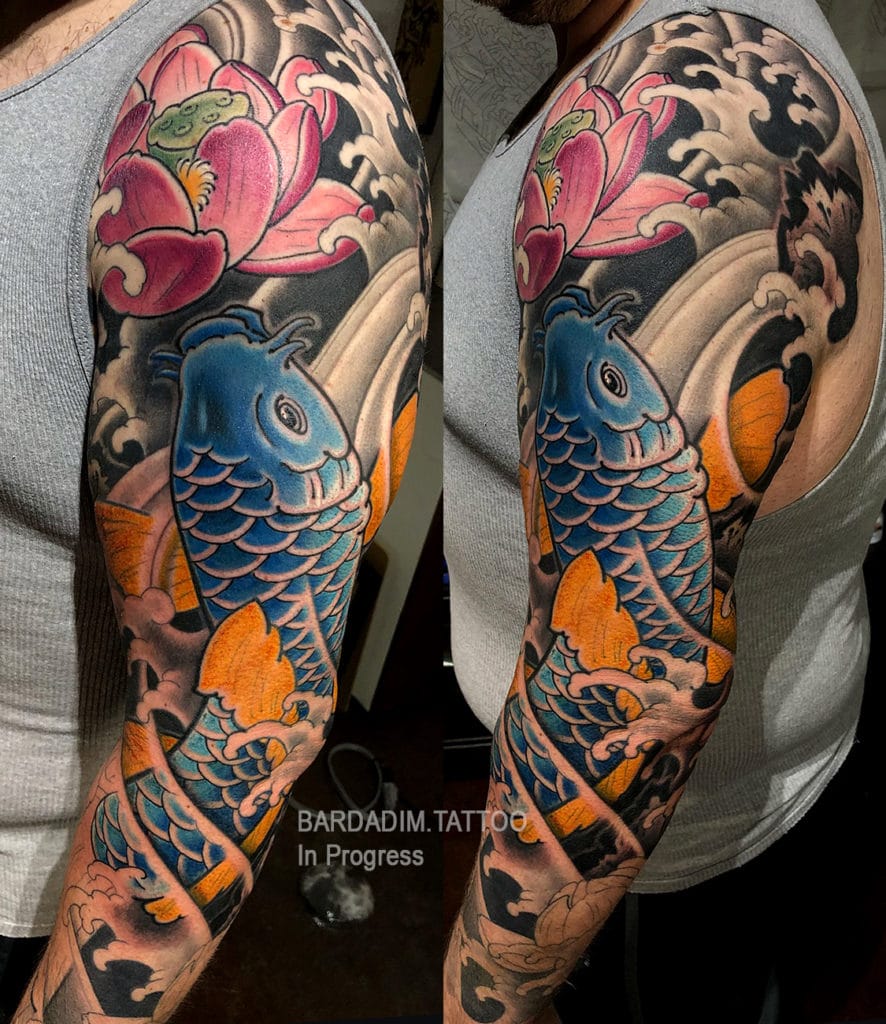