Phoenix Japanese tattoo. Probably the most important of the mythological birds, its unmatched splendour and the immortality it derived by rising from its own ashes.

In Japan and China, the Mythical Phoenix is used as a symbol for the imperial household . The bird represents fire, justice, the sun, obedience, fidelity, and the southern star constellations. In some traditions the Hou-ou will apear only in peaceful and prosperous times. It is a symbol of peace when the bird appears and a symbol of disharmony when it leaves. (More)

Widely celebrated in Japanese literature, poetry, and art, sakura carry layered meanings. For example, because they bloom briefly, the blossoms are often seen as a metaphor for the ephemeral beauty of living. At the same time, the joyful tradition of hanami (flower viewing) is an old and ongoing tradition. (Source)

If you want to get ‘something similar’, please, collect some reference images which clear illustrate your tattoo idea and fill out this form to schedule your free consultation. 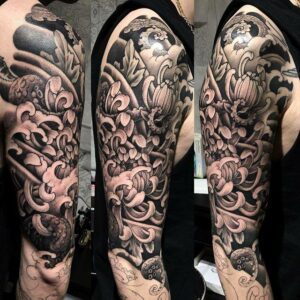 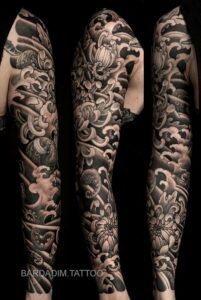 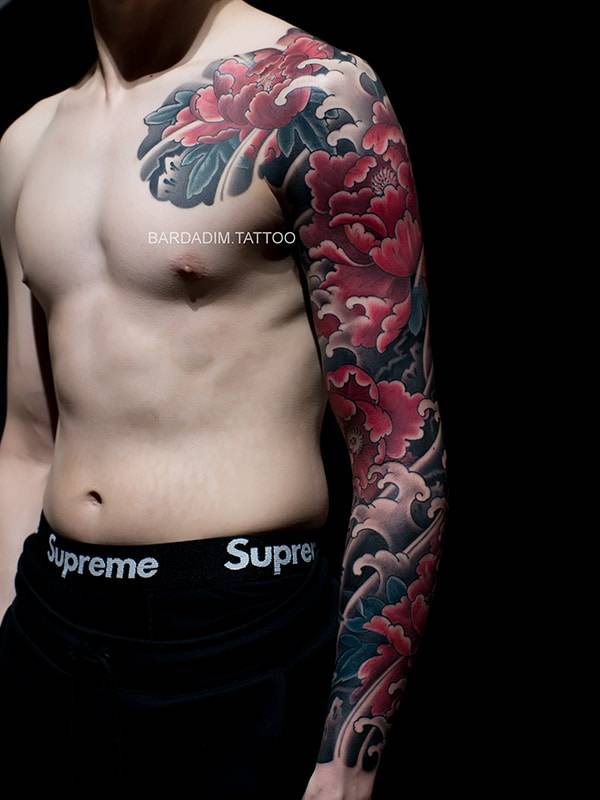