The octopus is an increasingly popular tattoo design in general and japanese sleeve tattoo design. As a creature of the deep, the octopus is often associated with mystery, the secrets of the ocean, and individual depth. The octopus also has a prominent place in several cultures, and has been a symbolic animal for hundreds of years.

Many of the symbolic qualities associated with the octopus derive from its physical features and special abilities. For instance, when an octopus is trapped by a foe or predator, it can disengage one of its tentacles in order to escape. After a period of time, this tentacle will grow back, making the octopus a symbol of regeneration. In addition, this physical characteristic also represents the qualities of versatility and resourcefulness, which are both employed in the octopus’s escape. Another unique physical attribute of the octopus is its ability to change colors according to its environment, a skill the octopus uses both to hide from predators and to hunt its prey. This ability to physically change colors can thus be used to signify the human characteristics of adaptability and ingenuity. (Source)

News
7 years ago
Shishi lion and peony flowers. There is little progress in this sleeve started some time ago. Background is finished. Cant wait to proceed, its gonna be an amazing piece! Shi… 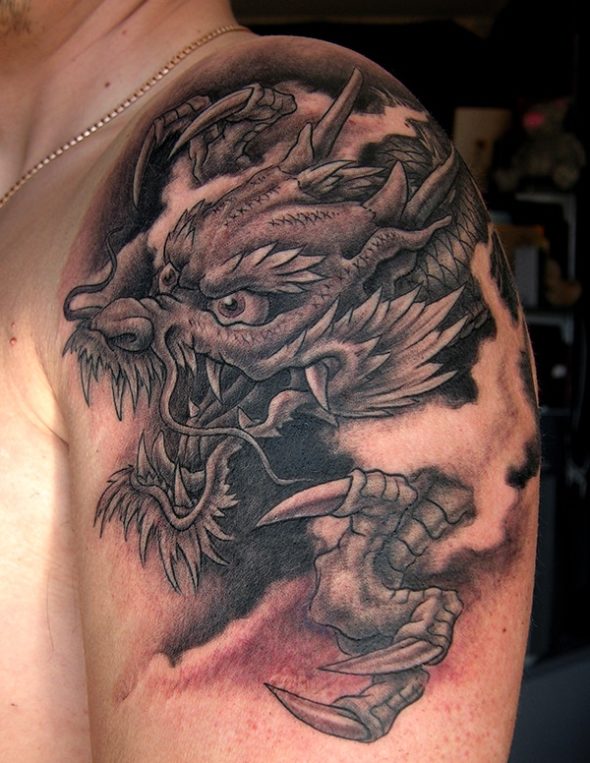 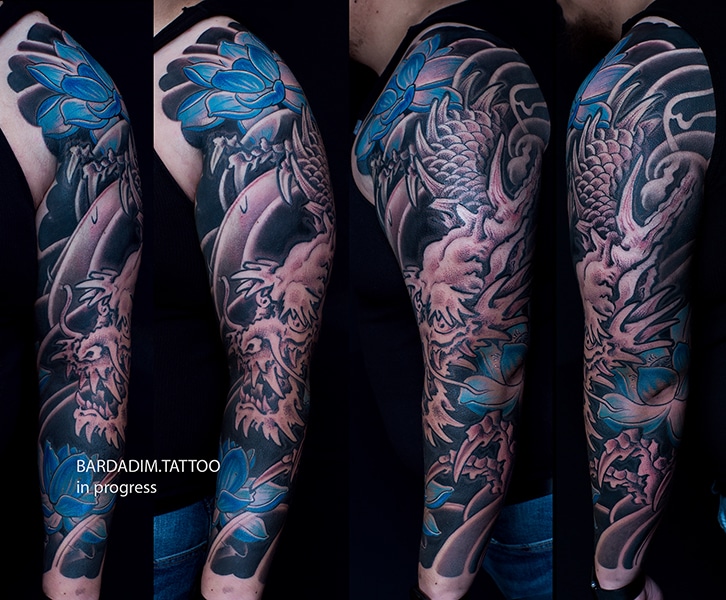