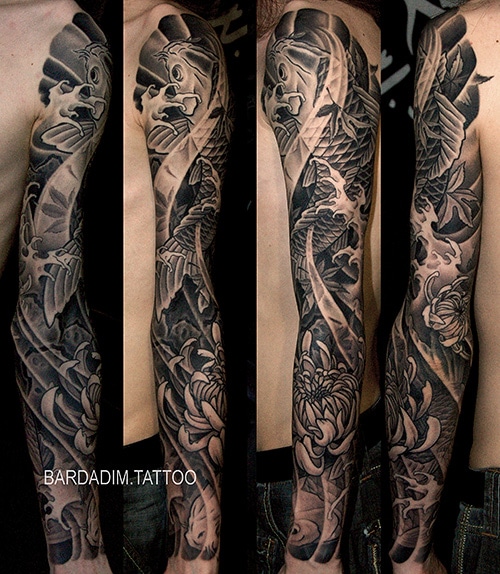 A sleeve tattoo (or tattoo sleeve) is a large tattoo, or a collection of smaller tattoos, that has a unified theme, that covers most or all of a person’s arm, usually from shoulder to wrist.

The term “sleeve” is a reference to the tattoo’s size similarity in coverage to a long shirt sleeve on an article of clothing. In this manner, the term is also used as a verb; for example, “getting sleeved” means to have one’s entire arm tattooed. The term is also sometimes used in reference to a large leg tattoo that covers a person’s leg in a similar manner…(Wikipedia) 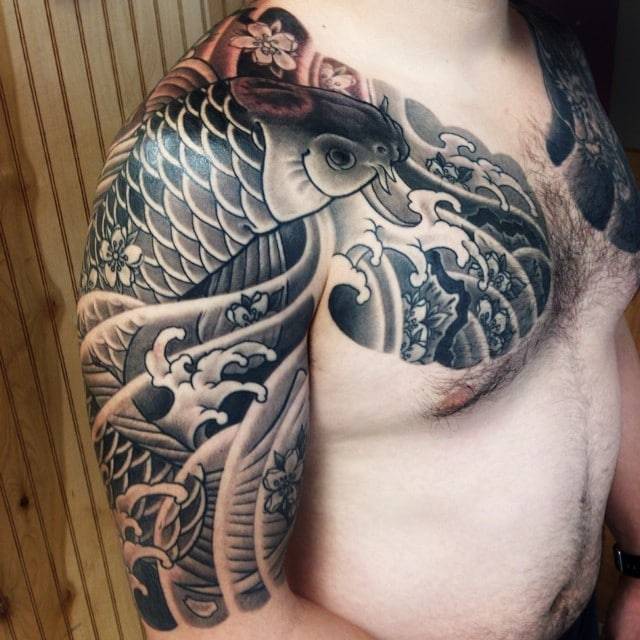 News
9 years ago
Japanese half sleeve black-n-grey tattoo. Almost finished this piece today, just need to touch up some places in couple of weeks… 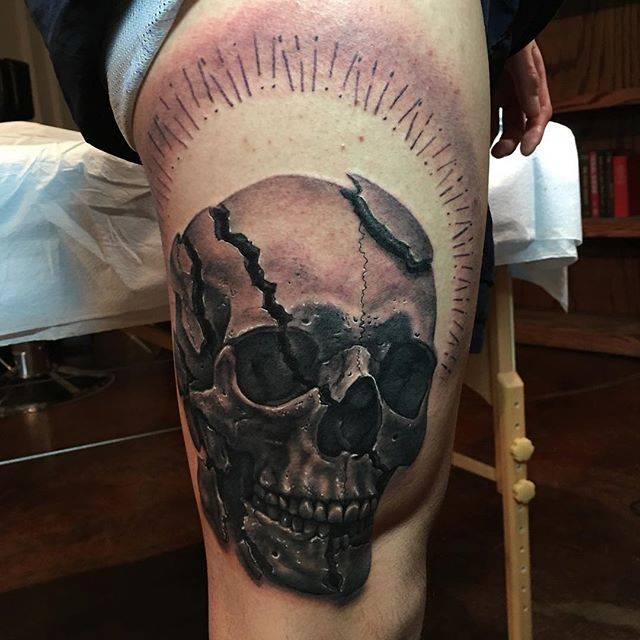