Koi Fish Japanese Tattoo. Koi Fish meaning in Japan is good fortune or luck they also are associated with perseverance in adversity and strength of purpose, the Koi fish symbolize good luck, abundance and perseverance. Symbolic in Buddhism is to represent courage. Today the fish are considered to be symbolic of advancement materially and spiritually.

Yin Yang and the Koi Symbol

The two yin and yang koi complete each other and create a perfect balance of the negative and positive energies of chi energy, which is the life-force of all things on earth. (source) 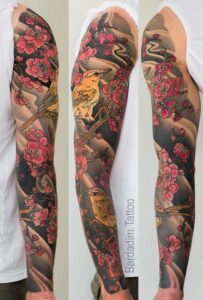 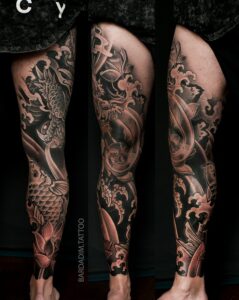 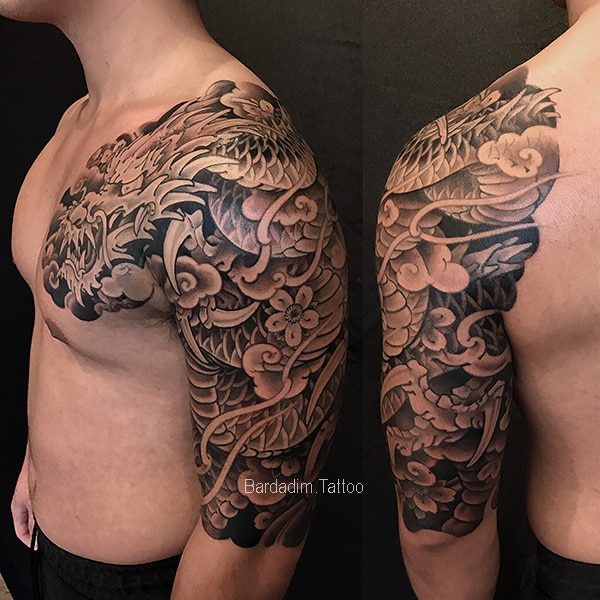 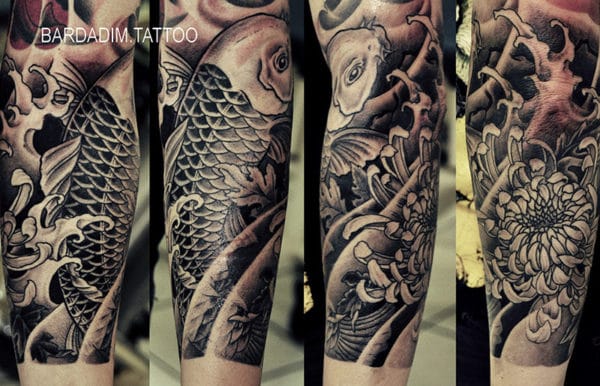 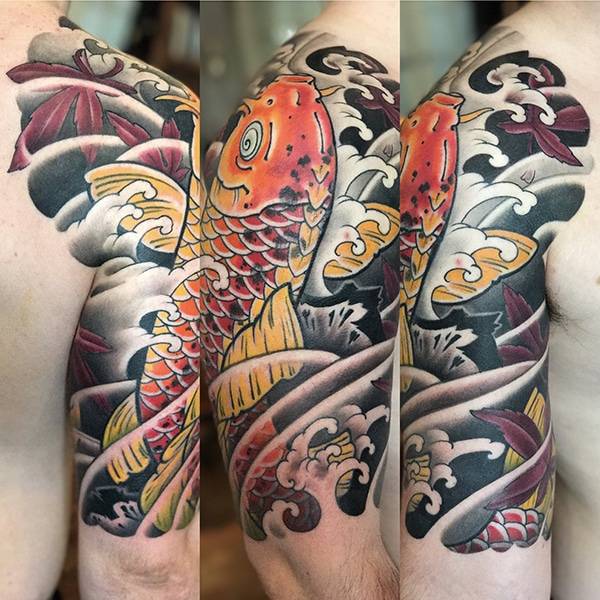 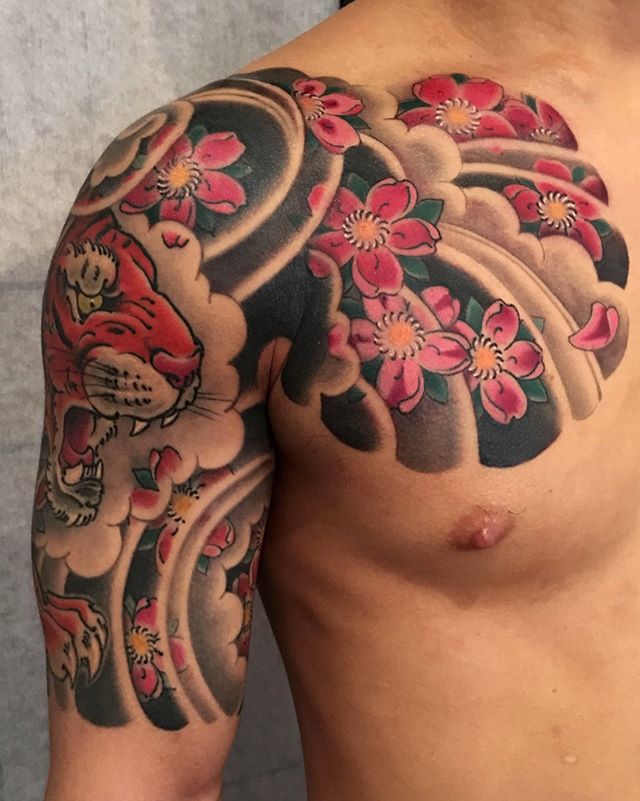