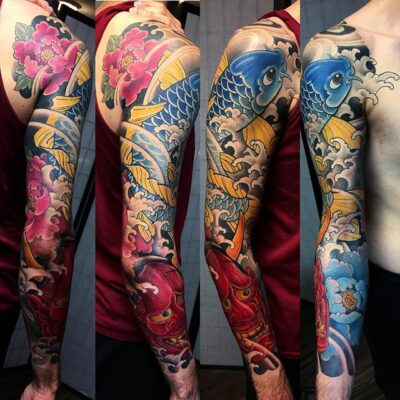 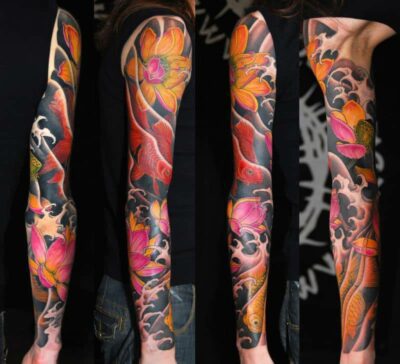 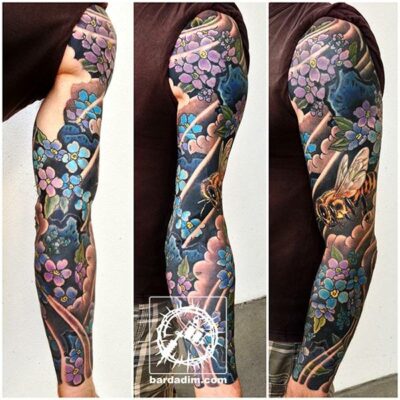 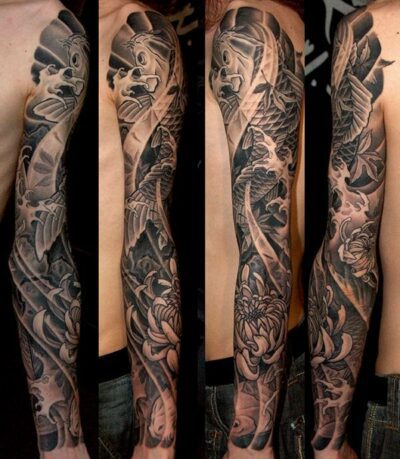 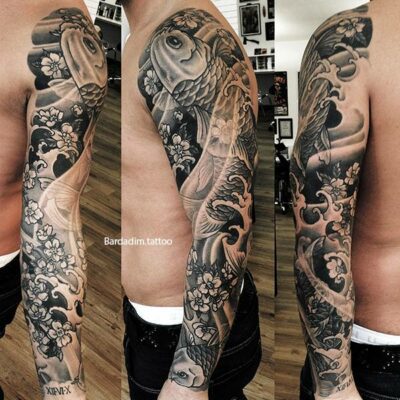 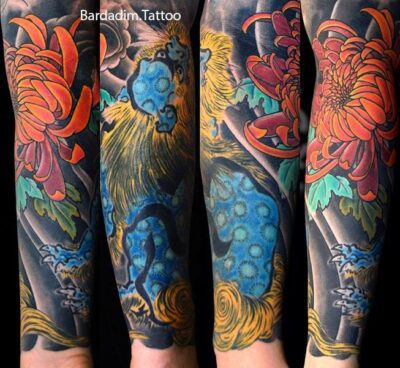 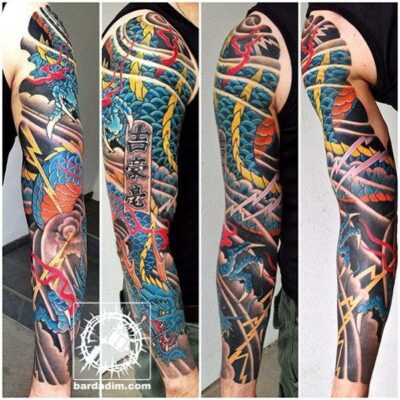 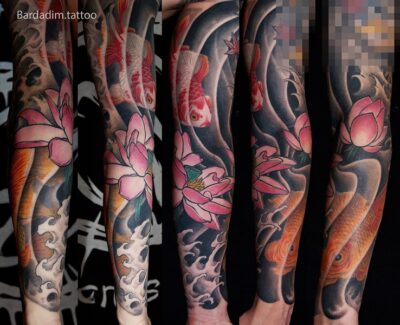 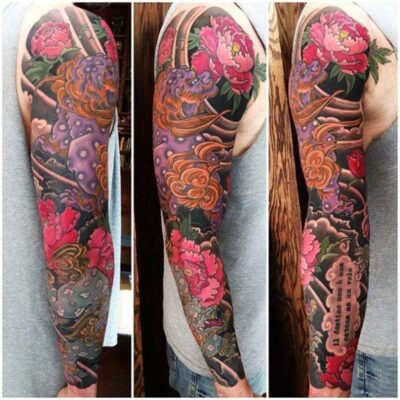 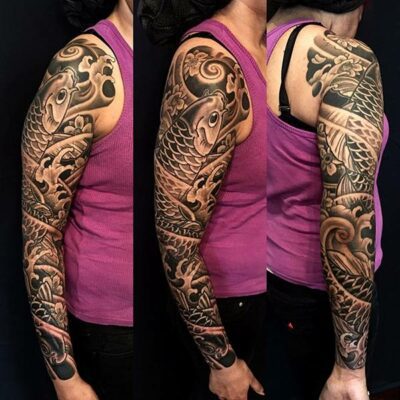 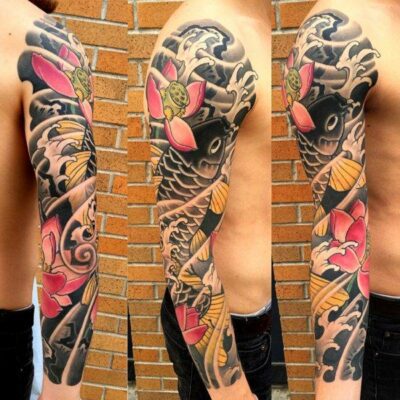 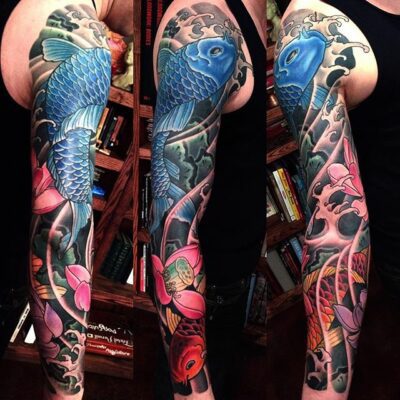 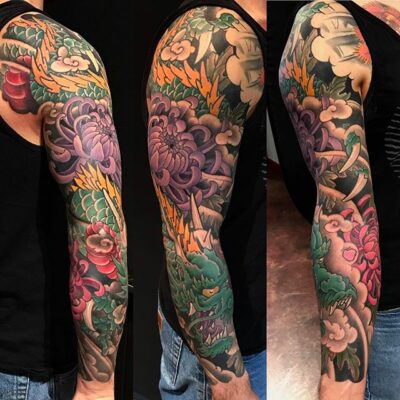 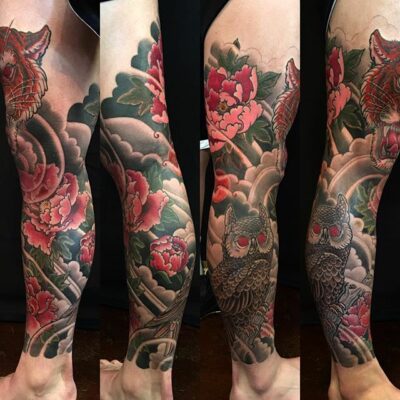 Irezumi is any of several forms of traditional Japanese tattooing, along with certain modern forms derived from or inspired by these. In Japanese, the word can be written in several ways, each with slightly different connotations. The most common way of writing irezumi is with the Chinese characters 入れ墨 or 入墨, literally meaning to “insert ink“. The characters 紋身 (also pronounced bunshin) suggest “decorating the body”. 剳青 is more esoteric, being written with the characters for “stay” or “remain” and “blue” or “green”, and probably refers to the appearance of the main shading ink under the skin. 黥 (meaning “tattooing”) is rarely used, and the characters 刺青 combine the meanings “pierce”, “stab”, or “prick”, and “blue” or “green”, referring to the traditional Japanese method of tattooing by hand.

The impetus for the development of the art were the development of the art of woodblock printing and the release of the popular Chinese novel Suikoden, a tale of rebel courage and manly bravery illustrated with lavish woodblock prints showing men in heroic scenes, their bodies decorated with dragons and other mythical beasts, flowers, ferocious tigers[2] and religious images. The novel was an immediate success, and demand for the type of tattoos seen in its illustrations was simultaneous. Woodblock artists began tattooing.

After an initial consultation during which the client will discuss with the tattooist the designs they are interested in, the work begins with the tattooing of the outline. This will usually be done in one sitting. When the outline is complete, the shading and colouring is done in weekly visits, whenever the client has money to spare. (Source)

More Tattoos in Japanese Style by George Bardadim can be found in Main Gallery.